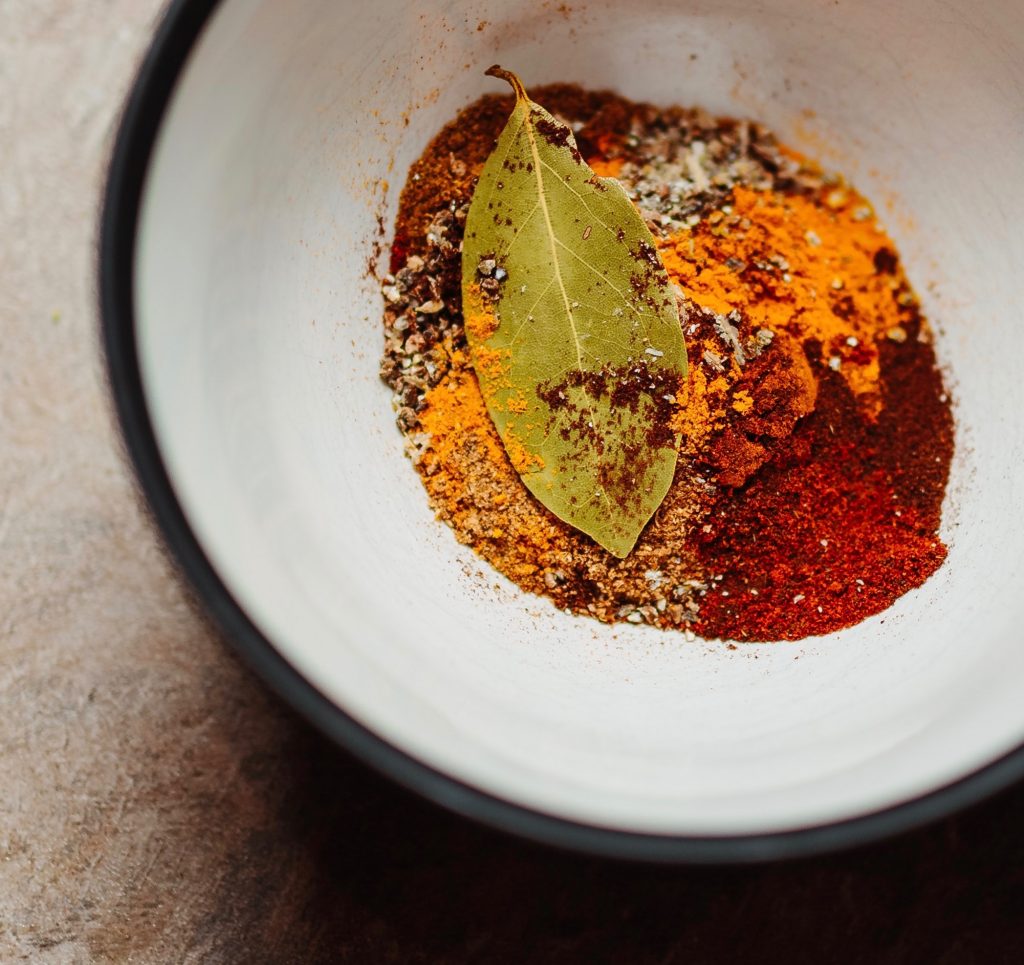 Turmeric is best known as one of the quintessential spices used in much of Asian cooking. Also called Indian saffron, it gives curry it’s distinctive yellow colour and has warming earthy, pungent flavour which smells a little like mustard, probably because it’s one of the ingredients used to make it.

Traditional Ayurvedic and Chinese Medicine Practitioners have been prescribing extracts of turmeric as part of holistic treatment plans for thousands of years. Many claim it has astonishingly vast benefits, including fighting numerous diseases. Increasingly it is being used in the west to aid wellbeing; brewed into tea, added to coffee and whizzed into smoothies. You’ll even find in face and body products too.

Here’s the back story

Turmeric comes from the Curcuma Longa plant; it’s a member of the ginger family. Just like its tangy cousin, it’s the knobbly root, also known as a rhizome that is finely milled to make the golden-hued spice used in culinary dishes, medicinal remedies, and also used to dye fabric. It’s native to the Indian subcontinent and Southeast Asia, they have used it in India for at least 2,500 years. Horticultural records show its use in West Africa in the 13th century, and it was introduced to the Caribbean, specifically Jamaica, in the 18th century. Turmeric is grown throughout the tropics in the twenty-first century, and readily available in the UK as fresh roots, powders, oils, a variety of supplements, and skincare products.

The active substance in turmeric is curcumin, one of several chemical compounds known as curcuminoids. It’s curcumin that is responsible for the sunny colour and many of the turmeric’s health claims. A simple online search will reveal thousands of peer-reviewed articles looking into curcumin and its potential beneficial influences on conditions such as cancer, dementia, and irritable bowel syndrome. Plus its possible cholesterol-lowering effects. Studies state it can positively impact health beyond essential nutrition; these properties make curcumin a promising “functional food.” Functional foods are those who can help reduce the risk of disease by promoting optimal health.

It also provides 53% of the daily recommended dietary fibre.

The most exciting feature of curcumin is its ability to reduce inflammation; some studies propose it may outperform some conventional medications. Other research show it may help wound healing, relieve the pain from burns and help people with sciatic nerve pain and the discomfort associated with dental issues or facial pain. Plus emerging studies have found that curcumin may be a beneficial natural painkiller for post-operative pain and inflammatory arthritic pain.

Side note: It’s not fast-acting if you plan to give turmeric and curcumin a try as an anti-inflammatory or analgesic (pain reliever). Be patient, experience tells me it can take up to 3 months to notice an improvement, but it may be worth exploring for those needing long-term analgesic support.

Research published in the Journal of Medicinal Food concluded that 400 to 600 milligrams (mg) of turmeric tablets, three times per day, or half to three gms of the powdered root per day could reduce arthritic pain over eight to 12 weeks.

Laboratory studies have shown curcumin has effects on cancer, it seems able to kill some specific cancer cells and prevent more from growing. This exciting research has resulted in some people promoting turmeric as an alternative to conventional cancer treatment. More, in 2013, an international laboratory study looked at the effects of combined therapy; curcumin and chemotherapy on bowel cancer cells. The researchers reasoned that the combined treatment might be better than chemotherapy alone. However, curcumin is not absorbed efficiently in the gut, so scientists are looking at ways of overcoming this problem,(see below) and it will need more clinical trials in humans before they can confirm how well it works as a treatment for cancer. According to Cancer Research UK, there is clear evidence to show that turmeric or curcumin can prevent or treat cancer in humans; research is ongoing.

Reduces the symptoms associated with depression

According to a double-blind, placebo-controlled trial published in the Journal of Affective Disorders, curcumin may help reduce symptoms associated with major depressive disorders (MDD). People living with depression have more significant oxidative stress and inflammation which can decrease levels of the neurotransmitters serotonin and dopamine. The anti-inflammatory and antioxidant effects of curcumin may be able to restore these neurotransmitters and lead to improvements in mood.

Curcumin can decrease UV damage because its a natural antioxidant it’s antibacterial properties mean topical applications may help manage acne. Many leading skincare brands now include it as a critical ingredient.

A systematic review published in 2013 suggests that curcumin can decrease the level of glucose in the blood, and could help stabilise blood sugar levels in people with diabetes.

Although using turmeric in cooking is a delicious way to get the benefits, only about 3% of the powdered form used in food is absorbable. You would need to consume several tablespoons daily to get any real benefit, and while we should be trying to get all our nutrients from food, that’s a big ask. If you want to get the best dose of turmeric and specifically curcumin, most people should consider supplementation. High-quality turmeric supplements contain up to 95% curcuminoids.

Did you know that supplements that contain black pepper ensure the highest absorbability? Black pepper contains piperine, a natural substance that enhances the absorption of curcumin. An old study from 1998, by Shoba et al., found that consuming piperine with curcumin increased its bioavailability by 2,000%. Bioavailability means the amount of a substance that that’s able to be used by the body. As curcumin is fat-soluble, it makes sense to consume it with food which contains some fat, for example, the ghee used in a traditionally made curry.

Other options include using turmeric oil, which needs diluting in liquids, for example, added to a cup of coffee, tea or dropped into a smoothie.

Dosage, precautions and side effects

Turmeric used in cooking is very safe; to date, research seems to show that it causes few side effects. There have been reported reactions after skin exposure; typically this is often a mild, itchy rash.

When considering supplements, it is wise to seek the advice of a qualified health professional or pharmacist, before you start, especially if you take medication, have an upcoming operation or are pregnant. The recommendation is 1-2g per day, and up to 10g per day have been deemed safe, but higher doses are associated with the following adverse effects:

If you experience these symptoms, please stop use and seek medical advice.

Turmeric is safe when consumed in amounts commonly found in food, but pregnant women or those trying to get pregnant should avoid supplements because they can cause uterine contractions.

Turmeric supplements should be avoided before surgery as they can increase the risk of bleeding. Especially in people taking NSAIDs, such as ibuprofen or aspirin. Also, there is some concern that taken in large doses turmeric may affect how the liver processes some medicines, including warfarin and some anti-platelet medications.

Turmeric is a flavoursome, nutritious whole food ingredient, and a popular spice in the UK because most people love eating curry. It has a long history of use in traditional medicine and science is now exploring its potential health claims. While there has been some exciting research into turmeric, reliable references include words like ‘might’, ‘suggest’ or ‘may’ when discussing its potential health benefits. The suggestion that turmeric has magical properties to enhance wellness is of concern, especially for people living with a multifactorial or life-threatening illness. At the moment, there is no clear evidence for many of these claims, but let’s see what future research shows.

Shoba G, Influence of piperine on the pharmacokinetics of curcumin in animals and human volunteers. PubMed -NCBI.

Next time: Turmeric and Curcumin, what’s the inside scoop.