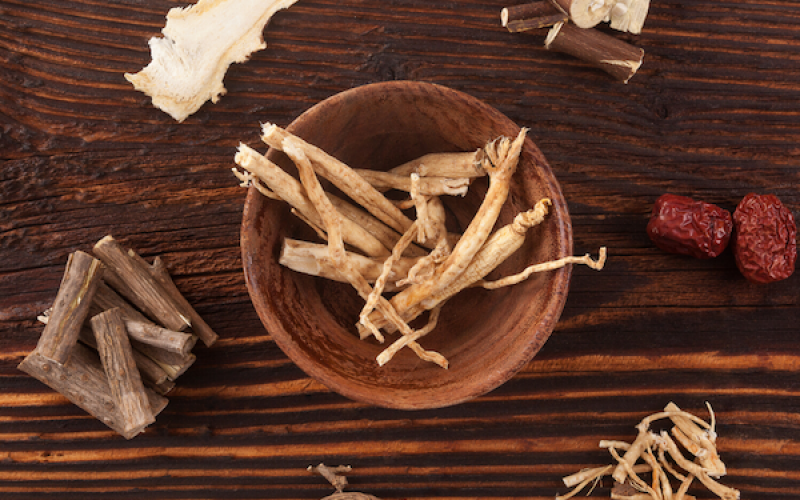 Adaptogens are non-toxic plants (herbs and roots) which can help the body resist physical, chemical or biological stressors. Chinese and Ayurvedic healing traditions have used these herbs and roots for centuries, and they’re having a revival. Turmeric is probably the most popular food adaptogen.

An adaptogen must have four ‘Ns’:

The Soviet scientist-toxicologist Nikolai Lazarev introduced the concept of “adaptogens” based on Hans Selye’s theory of stress and general adaptation syndrome. Studies were first published in Soviet Union WWII military journals, and the use of herbal and medicinal plants to aid stamina and survival in harmful environments was further developed during the 1950s.

Adaptogen and The European Medicines Agency,

In 2008 the European Medicines Agency reviewed the evidence, while there are decades of non-humans studies looking at the potential of adaptogens, according to the European Medicines Agency, most of the pre-1980’s research had serious methodological flaws. They concluded, “the principle of an adaptogenic action needs further clarification”, and that in pharmacological and clinical terminology the term adaptogen “is not accepted or commonly used in the EU”.

In 1998 following over fifty years of further investigation and revisiting Lazarev’s life’s work, the American Food and Drug Administration (FDA) defined an adaptogen as a “new” metabolic regulator stating; “that they have proven it to help in the adaptation and prevention of environmental harms”.

How they work (no science)

When faced with a real or perceived stressor, our bodies go through a three-stage response: alarm, resistance, and exhaustion, known as general adaptation syndrome (GAS). The concept is that adaptogens help us stay in the resistance phase longer, working like a dimmer switch to normalise body imbalances. When the world is too bright, noisy and stressy; they dial things down, so we feel less irritated and more in control. When things are too sluggish or quiet, they ramp things up to give us a boost.

There are many natural adaptogens, each with a different effect on the body. I have written about two popular ones, ashwagandha, and turmeric. Which you choose will depend on many factors; personal preference, gender, stage of life and your desired results.

Unless otherwise advised, a combined formulation is usually the best way forward. Often labelled as ‘stress support’, these typically contain Ginseng, Ashwagandha, and Rhodiola. They take 2 -3 weeks to become effective, the recommendation is a 12-week course followed by a break.

As always, please discuss taking any new supplements with your GP or qualified health professional before you start, some can interact with prescription medications and may not be suitable for some people.

While taking an adaptogen may be beneficial, as part of a multifactorial approach to wellbeing. They won’t solve all stress-related concerns unless combined with lifestyle changes.

Next time: Ashwagandha, the wonder herb?