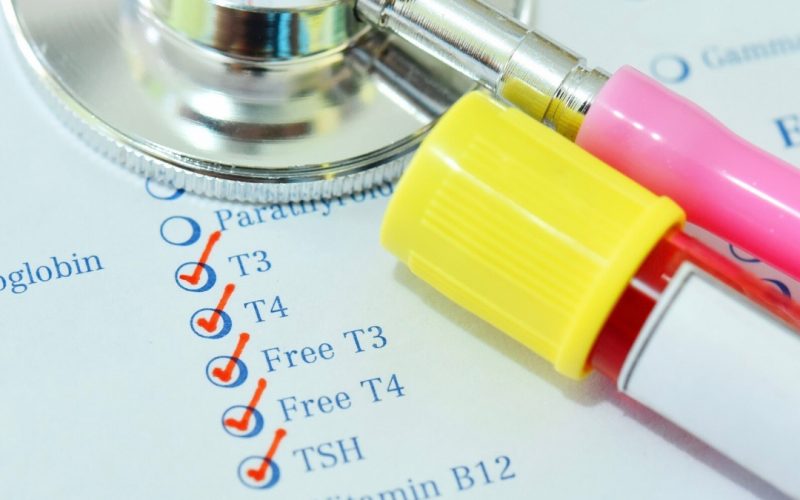 In hyperthyroidism, the thyroid gland produces too much hormone, causing the body to be in a constant state of overdrive. Estimates suggest that about 85% of hyperthyroidism cases result from an autoimmune disorder called Graves’ disease, which is a heredity condition seen more often in women.

Other causes include a Goiter, nodules or lumps on the thyroid gland. Hyperthyroidism can also result from an infection or inflammation called Thyroiditis.

First described over 150 years ago, Graves’ is an inherited autoimmune disorder that may develop at any age, but it’s more common in women ages 20 to 30. It occurs when the body’s immune system attacks the thyroid gland, causing the overproduction of the hormone responsible for regulating metabolism. Other risk factors for developing Graves’ disease include stress, pregnancy, and smoking.

Associated with the symptoms of hyperthyroidism thyroid nodules may cause difficulty swallowing or breathing, a hoarse voice, and neck pain, but most cases do not cause symptoms. The cause is often unknown, but they run in families, more common women. The incidence increases with age, and in people with iodine deficiency. They can also be a side effect of radiation treatments for Hashimoto’s disease.

Because of the high level of thyroid hormone in the bloodstream, the body’s systems speed up and may cause some of or all the following symptoms:

Like most thyroid problems, hyperthyroidism can be a challenge to diagnose because it mimics other health problems. A simple physical exam will reveal any visible physical signs, for example; an enlarged thyroid, bulging eyes, rapid pulse, and high blood pressure. Plus blood tests to check the levels of thyroid hormone, TSH, antibodies, and iodine in the bloodstream. An ultrasound may be needed to check swelling or look for nodules, and a fine-needle aspiration biopsy may be required, taking a few cells to screen out cancer.

Untreated Graves’ disease can lead to heart problems and brittle bones. Often a combination of medications is used, including:

Watchful waiting is often the best way forward, but if the nodules are causing breathing or swallowing problems, surgical removal will be needed. Other options include radioactive iodine as previously discussed.

Hyperthyroidism can affect the heart because the body is in a constant state of overdrive. Untreated, it can cause serious health issues related to the heart, bones, muscles, menstrual cycle and fertility. Some heart-related complications include hypertension, abnormal heartbeat, congestive heart failure, and sudden cardiac arrest.

Note: Successful hyperthyroidism treatment may result in lowered hormone levels, and slipping into Hypothyroidism. It is challenging to get the hormone balance right. Hence, people often need to take some hormone replacement medication for life.

Problems with the thyroid gland can cause a host of health problems, especially for women at any stage of life, before accepting these changes, it’s a good idea to speak with your doctor.

The thyroid gland, other articles