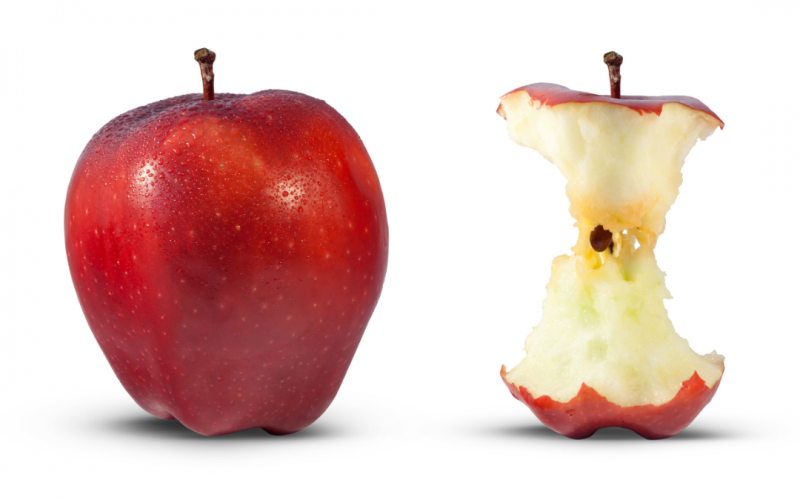 Almost every day, I hear someone talking about their core, usually stating that they need to strengthen it, or that having a strong one [core] will cure their back pain… mmm [sigh]. Here’s a recent example; a new patient lets call him mister B was telling me that a trainer had told them they needed to “build-up their core to fix their longterm back problem”. “Do more planking and up your reps (repetitions) of boxers crunches.” (a lying down head to knee movement) but it wasn’t working.

His back pain had got significantly worse since taking this advice; he was pointing to his “super tight six-pack” (abdominals) as he recalled his story and a tad a bewildered as to why he was sitting in my treatment room in pain!. I’m sure this trainer had good intentions. Still, I worry when I hear these misguided, outdated statements about any aspect of health or wellbeing, but [sigh] the core thing raises my hackles …. argh!

What is the core, and is it important?

No fessing up needed, you guessed I’m not too fond of the term ‘core’, it makes me think of the innards of an apple and makes me cringe. Yep, I probably need to get over it and myself, but I will use it for ease of language (for the time being). The core is everything your head, arms and legs attach to, it’s the whole of your torso or trunk, and includes the lower back, pelvis, and hips, but should also include the shoulders and buttocks. Scientifically it’s called the lumbopelvic-hip complex (LPHC).

A useful way to understand the LPHC is to think about it as a group of muscles connected to the spine and pelvis, humans hide many of these muscles deep beneath the exterior musculature that people typically train, i.e. the “super tight six-pack” mister B mentioned above. Which were, in fact, rigid and limiting any ability to be functionally mobile and part of the aggravating factor in his ongoing pain.

The deeper hidden muscles include the transverse abdominis, multifidus, diaphragm, pelvic floor, and many others. When working correctly, these muscles speed up, decelerate and dynamically control (stabilise) movement in all planes and directions efficiently.

The LPHC (lumbopelvic-hip complex) is a bit of a clinical mouthful, so the term ‘core’ has become mainstream, and synonymous with stability. Also known as core stabilisation, but there are many definitions of core stabilisation or stability; here are three:

In plain English; stiffening the spine with a group of muscles so that humans can move and control their position in space. — So, you don’t fall over when reaching up with one arm to get your favourite coffee mug off a high shelf. Stabilisation is the foundation of optimum flexibility, joint function, balance, and posture.

Optimal core function involves both trunk mobility and stability when the core is functioning well people can produce efficient movement with their arms and legs and maintain their centre of gravity over their feet. Although, the ribcage doesn’t have to stay over the pelvis or feet, to remain stable. Nor does it have to go everywhere your pelvis does unless you want to move like a robot. In an ideal world you should be able to place and move your pelvis and ribcage independently like a Cuban salsa dancer, … and there’s isolated body movement of beauty! Oh, and most of those dancers have fantastic core stability because it’s dynamic and functional.

Myths and misconceptions are very hard to dispel once they have become established as norms. Despite being exposed nearly ten years ago, the core stability myth remains. Some people, including health professionals and fitness experts, continue to hold the belief that having a stronger core will reduce or fix back pain. Give people better posture and help them shine in sporting activities. The only people I have met with torso muscles so weak that they couldn’t achieve “good posture” were those with neurological conditions or acute injuries.

The term core stability appeared late in 1996 from studies that demonstrated a change in onset timing of the trunk muscles in people with a back injury and chronic lower back pain. Prof. Paul Hodges, from Queensland University Australia, published experiments on a deep abdominal muscle called the transversus abdominis (TrA). He used two groups of people; one group with no history of back pain, and another with chronic back pain, which means pain lasting over 12 weeks. His research results showed that the healthy group engaged their TrA just before they moved, which offered their spine support. However, in the chronic back pain group, TrA engagement did not take place, resulting in their spine being less supported.

From these findings, Hodges claimed that the TrA muscle could be strengthened by “drawing in” the stomach during exercises, and this would provide some protection against back pain. Hodges’s findings combined with beliefs and assumptions around at the time about the importance of the abdominal muscles to maintain a healthy, pain-free back. It’s worth noting that this was not a new concept; Professor Freeman, a British orthopaedic surgeon, had discussed this in 1965 when exploring the motor strategies and foot instability that take place after an ankle injury.

Later research by Hodges and others exposed that perhaps the real issue wasn’t one of strength, but poor coordination and delay in the timing of muscles in people with chronic back pain. Despite this clarification, the concept of core stability and strengthening spread like a bush fire. Hodges is a physiotherapist, so it’s easy to see how this spawned a massive market in core work as a prerequisite in the fight against back pain and postural problems with his fellow manual therapists.

Despite Hodges trying to clarify and correct this misconception, core exercise classes based on his original work popped up everywhere in London and worldwide. Pilates became the core class of choice for many because it was just breaking into the mainstream around the same time, a recipe of perfect timing… pun intended. In the late ’90s, core stability and Pilates classes achieved cult status worldwide with everyone engaging their TrA; at the traffic lights, while waiting for the kettle to a boil, walking around and sometimes all the time!!!

In 2007 Prof Eyal Lederman an osteopath with a Ph.D. in physiotherapy took an in-depth look into this subject. His paper the myth of core stability upset and confused many; physiotherapists, personal trainers, classically trained Pilates instructors, and others offering core training. At the time before I completed my osteopathic training, it made me wobble too, was I causing harm? I read his paper several times, listened to his talks and spoke to him in person.

While I might be a Pilates teacher, I don’t teach core training. I teach movement, I rarely if ever ask people to contract their abdominal muscles before moving, it’s counter-intuitive to motor learning principles. I tell my clients this all the time: you don’t reach up to get your favourite coffee cup out of a cupboard by focusing on your muscles. You move your arm and muscle switch on as needed to achieve your desired task. My focus in sessions whether group classes or individual rehabilitation sessions has always been on performance improvement rather than muscle activation.

Can you have too much core stability?

A study in 2003 showed that when core muscles contract, they exert a compressive force on the lumbar spine. Well, that’s the point to create spinal stiffness. Yet, for people with chronic low back pain, this is likely to increase compression on already sensitised spinal joints, which could make back pain worse especially for people with disc problems, which are usually the folks seeking out a pilates class. It’s a potentially vicious cycle, too much core stability can equal increased spinal compression and force during movement, which results in further increases in intra-abdominal pressure and spinal compression.

An increase in intra-abdominal pressure could be a further complication of contracting the trunk muscles. Studies from 2006 suggest that patients with pelvic girdle pain, who exercise with this focus could exert potentially damaging forces on various pelvic structures, including ligaments and the pelvic floor muscles — for example bracing to hold a plank exercise for long periods. These groups should be encouraged and supported to reduce their intra-abdominal pressure, with relaxation techniques and breathing exercises, should avoid core work and instead aim to restore normal reactive contraction, not bracing. Did you know that core muscles, especially the pelvic floor, naturally contract in response to hand and arm movements? Probably to stop voiding your bladder when you sneeze, that’s pretty useful, but there is no need to hold a contraction all the time just in case.

Still not convinced? Here is more research; Prof. Stuart McGill, a biomechanics expert from the University of Waterloo in Canada, showed that the amount of load the spine could bear significantly reduced when subjects braced their abdominals by “sucking in their belly buttons”. He reputes that when the muscles are “pulled” closer to the spine, it reduces stability. “People become weak and wobbly as they try to move.” The exact opposite of what they are trying to achieve.

When it comes to back pain, whether that’s persistent or recurrent research has shown that psychological and psychosocial factors are more critical things to address, because much of the pain we experience is the result of how we react to our environment. Core training alone offers a very simplistic solution to an often complex and multifactorial problem. The people affected by pain often remain poorly educated about the real causes or maintaining factors of their condition or how to effectively manage it, which may promote chronicity, or lead them down a road of despair.

While I love and teach Pilates, and want folk to reap its benefits too, it’s not for everyone. Fortunately, research shows time and time again that any exercise or movement practice beyond your normal activities can help a back problem. The human spine needs to move, especially if you spend the bulk of your day static or sitting. You can develop a dynamic torso (core) and resilient body by moving more of yourself, more frequently. Find something you enjoy, and are willing to do regularly for 30–60 minutes, 2–5 times a week which includes pushing, pulling, twisting, flexing, arching, lifting loads, and jumping around if you can.