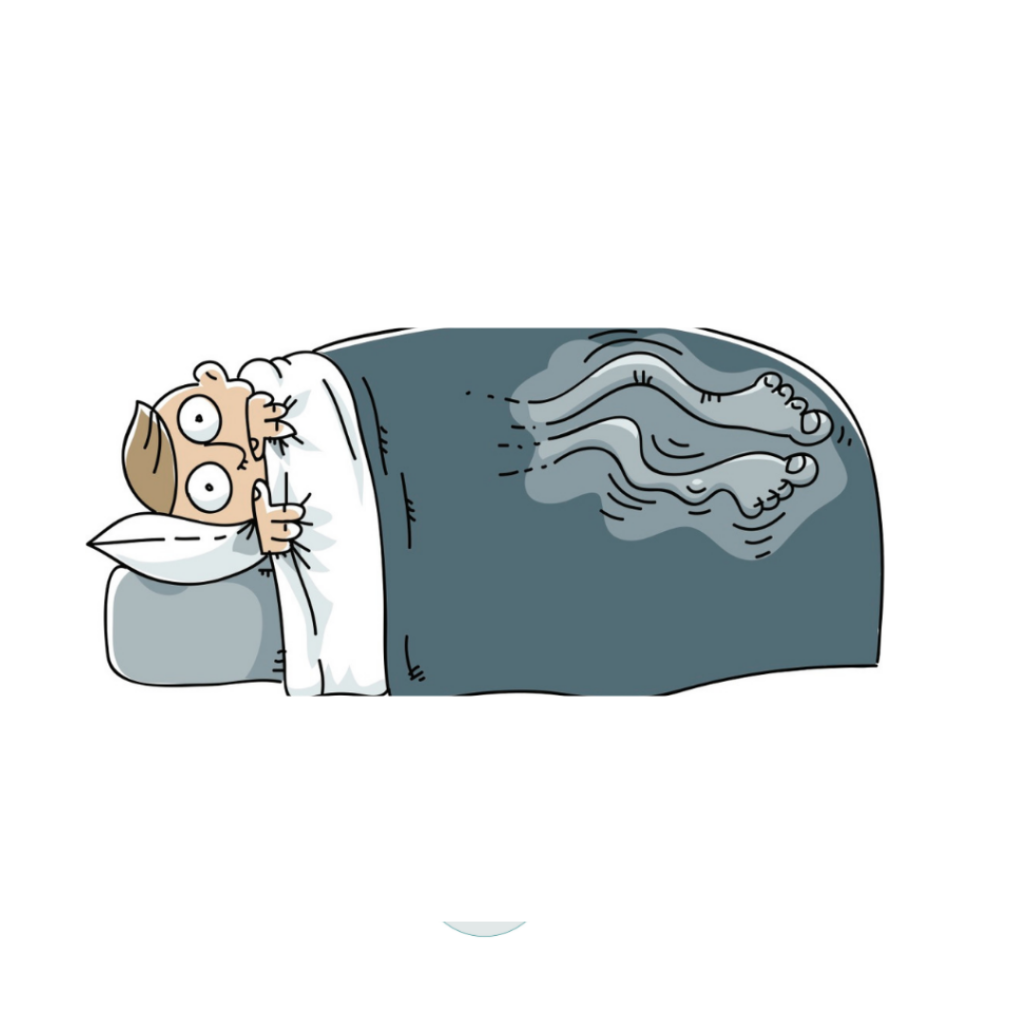 Restless leg syndrome is a nighttime condition of unpleasant sensations in the legs. This could be cramps, aching, pain, tingling or burning. Restless legs syndrome is also known as Willis-Ekbom disease, a common condition of the nervous system that causes an overwhelming, irresistible urge to move the legs.

The cause of restless leg syndrome is not well understood, other conditions can mimic restless leg syndrome including poor circulation to the lower extremities, Fibromyalgia, and neuropathy. Evidence suggests that low iron levels in the brain and poor regulation of dopamine may play a role in the condition. In most cases, restless leg syndrome begins gradually, and it can lead to sleep difficulties and insomnia, which can cause daytime drowsiness, fatigue and irritability.

This is what we do know

Primary or idiopathic RLS has no known cause and usually begins slowly before approximately 40–45 years of age. It is often genetically linked, and it is likely that another family member may also share the condition. Primary RLS can come and go, sometimes for months on end, and is often progressive, meaning it gets worse with age.

Secondary RLS often has a sudden onset usually associated with another medical condition such as iron deficiency anaemia, or the use of certain medications, such as the antihistamines found in cold and allergy remedies.

In 2005, Allen and Walters published a paper which looked at the prevalence and impact of Restless Legs Syndrome. 15,391 people with the condition completed questionnaires. The report’s authors concluded that RLS is common with a prevalence of 2.7%, but interestingly it’s under-diagnosed. Their study also revealed the significant affects on sleep and quality of life, here are some of their findings;-

Getting a diagnosis and medical treatment

In most cases, restless legs syndrome is not a sign of a more seriou health problem, but if people experience any of the following symptoms: dizziness, fainting, memory loss or severe numbness and tingling in the limbs, they should talk to their GP.

Blood tests are usually taken to rule out nutritional deficiencies, and underlying medical conditions. Restless leg syndrome is not curable, but medications can reduce the symptom and help control the amount of movement in the legs, painkillers and sometimes sleeping pills.

RLS-UK, is a registered charity in England and Wales, raising awareness, providing information and support to those living with Restless Leg Syndrome (RLS). Members of can get a Medical Alert Card which may be helpful when travelling especially by plane or on a motorway and need to a stop or move regularly to get relief.