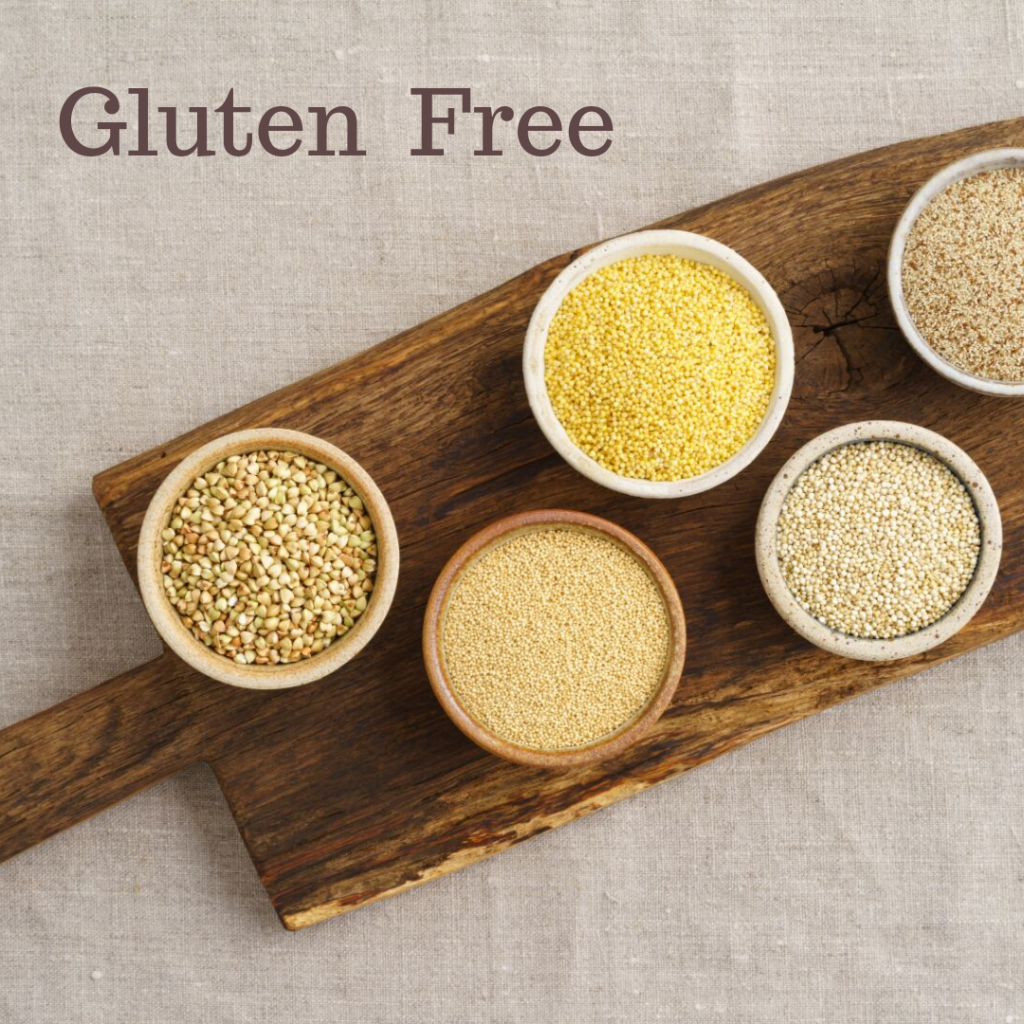 Coeliac disease is a lifelong autoimmune disease caused by a reaction to gluten. It affects one in 100 people. However, it is estimated that nearly half a million people are living with this condition undiagnosed.

Coeliac disease was first described by a Greek physician named Aretaeus of Cappadocia, living in the first century AD, calling it a condition of the abdomen. In coeliac disease, eating foods containing gluten causes the lining of the small intestine to become damaged; it can also affect other parts of the body.

Gluten is a protein found in wheat, rye and barley, some people with coeliac disease may also be sensitive to oats. There are lots of gluten-free speciality foods, such as gluten-free bread and pasta, and some of these foods are available on prescription as a specialist can be more expensive and have only in recent years become readily available. There are also good gluten-free cookbooks especially for baking, which requires some additional knowledge, and many restaurants have gluten-free menus.

Who gets Coeliac disease?

Coeliac disease  can affect any area of the body, symptoms can be very mild to severe, and vary from person to person, with episodes lasting a few hours to several days.

Coeliac disease is often diagnosed late, sometimes many years after the onset of signs and symptoms, because the symptoms are so variable and often mistaken for IBS and other digestive or gut related problems.

The cerebellum is part of the brain responsible for controlling walking balance, limb coordination, eye movements and speech. It can become damaged leading to clumsiness, loss of balance and uncoordinated movements leading to a tendency to fall and slurred speech.

Undiagnosed and untreated coeliac disease may lead to developing osteoporosis, due to chronic nutrient malabsorption.

Lactose is the sugar found in milk and other dairy foods, the enzyme Lactase is needed to break it down in the gut.  Coeliac disease damages the part of the gut where Lactase is made, which may be another reason for a late or delayed diagnosis.

Some people have gut symptoms when eating foods containing gluten and although their symptoms may appear the same as those experienced by people with coeliac disease. However, as there are no associated antibodies found in blood tests, damage to the lining of the gut, or problems absorbing nutrients they do not have coeliac disease.

Irritable bowel syndrome (IBS) or other digestive problems are often misdiagnosed instead of coeliac disease. The initial signs and symptoms can be similar, plus there appears to be lack of awareness in much of general practice. It worth noting that IBS is a condition of youth which rarely starts after the age of 50.

Coeliac disease is confirmed by an antibody blood test, plus a biopsy of the gut lining, although the biopsy is not routinely taken in young children. It is important to continue eating foods containing gluten while under investigation to ensure the test results are accurate.

As coeliac disease can cause malabsorption further blood tests are often taken to check the levels of iron and other vitamins and minerals. In older people osteoporosis is also a risk, a special Xray called a DEXA scan should be taken to check thebone density in these groups.

National Institute for Health and Care Excellence (NICE) states that adults and children should be tested for coeliac diseas if they have the following signs or symptoms:

In my experience, behavioural problems may be the only sign in young children.

Testing is also recommended if people have a first-degree relative (parent, sibling or child) with coeliac disease.

Coeliac disease is a lifelong condition that requires following a strict gluten-free diet to manage symptoms, heal the digestive symptoms tom and prevent four health complications. At the moment there is no cure.

It is important to avoid food and utensil cross-contamination as even tiny amounts of gluten can be damaging to people with coeliac disease.  It is much easier to manage these days, most supermarkets and many local stores stock gluten-free foods such as gluten-free bread and pasta. These can be more expensive than standard varieties, so some gluten-free foods are available on prescription to people with a confirmed diagnosis

There is an abundance of gluten-free cookbooks to help with substituting gluten flour to make bread and cakes, and many restaurants have gluten-free options on their menus.

It is important to avoid food and utensil cross-contamination as even tiny amounts of gluten can cause harm to people with this condition. Coeliac UK is the charity for people with coeliac disease, here are their top kitchen tips:

Footnote: If you suspect that you may be a Coeliac please do not avoid gluten based foods or change your diet without first speaking to your doctor or specialist. It is important to continue eating foods containing gluten while being tested and investigated to ensure that tests results are accurate.

Please note: This is for guidance only, it should not be regarded as a substitute for medical advice, diagnosis or treatment given in person by an appropriately trained health professional