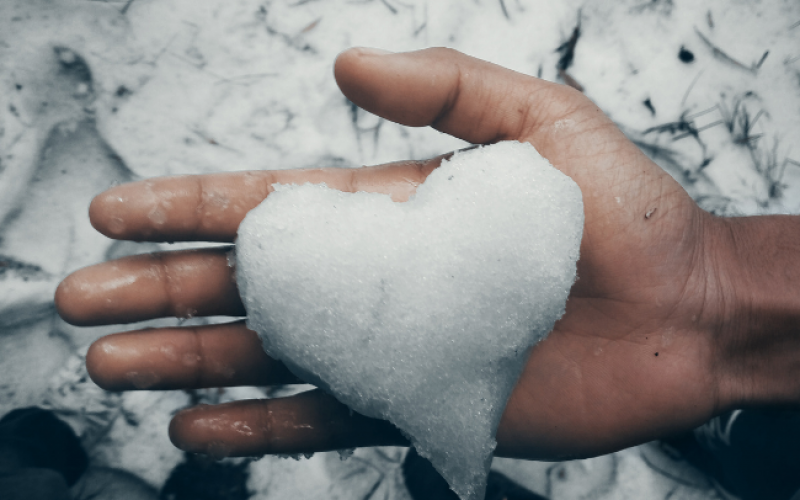 Most of us will have experienced numbness or tingling in our fingers after getting a tub of ice cream out of the freezer or when it’s really cold outside. For most folks, this is a short-lived unpleasant experience.

Sadly, for some, this is a reoccurring problem that leads to uncomfortable and unpleasant sensations every time they are exposed to cold or stressful situations. The hands are most commonly involved, but other extremities such as the toes, and less frequently the nose, lips, ears, or nipples can also be affected.

Raynaud’s disease and Raynaud’s phenomenon, often just called Raynaud’s, are the names given when this becomes an ongoing problem. Like much of medicine, the condition was named after the doctor who first described it; Dr Maurice Raynaud, a French physician, noted back in 1862 a tricoloured skin change that occurred when blood vessels narrow or constrict, reducing blood supply to the extremities. First, the affected body part becomes paler, then turns bluish because of the reduced oxygen supply. Finally, it turns red as the blood returns to these areas.

In Raynaud’s, the arteries go into vasospasm when exposed to cold or stress, narrowing vessels and temporarily limiting blood supply. Scientists and doctors don’t completely understand the cause of Raynaud’s attacks, but blood vessels in the hands and feet appear to become overreactive to chilly temperatures or stressful situations. Studies show that these small arteries can thicken slightly over time, which further limiting blood flow.

Signs and symptoms of Raynaud’s include:

Exposure to cold, such as taking something from a freezer or being in chilly air are the common triggers.

For some people, emotional stress can set off an episode.

There are two types

Primary Raynaud’s, which is often called Raynaud’s disease, is usually a mild condition that people can self-manage and rarely seek treatment for.

Secondary Raynaud’s results from an underlying problem also called Raynaud’s phenomenon; it’s less common and tends to be more severe than the Primary form. It usually appears around age 40.

Causes of secondary Raynaud’s include:

When to see a doctor

Treatment depends on the severity of symptoms and whether there other health conditions present. While it can affect the quality of life in most cases, Raynaud’s isn’t disabling.

Raynaud’s is a condition in which blood vessels spasm, causing episodes of reduced blood flow, usually affecting the fingers and toes. Cold temperatures, emotional stress, and smoking can trigger Raynaud’s attack. Turning fingers pale then blue, they feel cold and numb, then become red and tingly as blood flow returns.