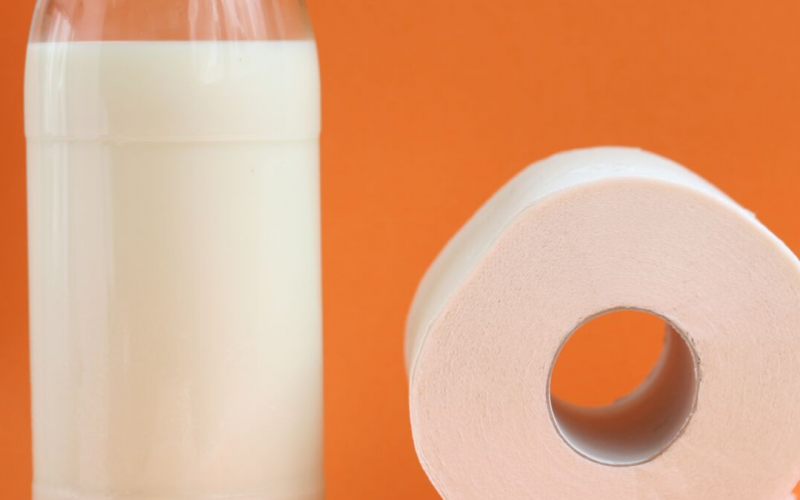 Do you get bloating and abdominal pain after drinking a large cappuccino, or eating ice cream?

If the answer is yes, you could have Lactose deficiency, which causes Lactose intolerance.

We need an enzyme called Lactase to digest the sugar found in the milk of mammals; this carbohydrate is also present in all dairy products in varying amounts. Lactase is produced in the small intestine, but some people don’t produce enough so cannot digest these sugars, and will experience a variety of unpleasant digestive symptoms within a few hours of consuming food or drink that contain Lactose.

Lactose intolerance does not cause damage to the gastrointestinal system, it’s is not the same as a dairy allergy because there is no immune system response. In those cases, a cascade of symptoms, including skin rashes and breathing problems occur soon after exposure to a tiny amount of milk-based foods. Whereas, most people with Lactose intolerance can consume small amounts without experiencing symptoms.

Often an inherited condition some 70% of the world’s population lives with this digestive complaint. It is not unusual for rates to be as high as 100% in some communities, where drinking milk is not typically part of an adult diet.

The remaining global population, the descendants of climates more conducive to dairy farming. As a result, milk products have been part of their adult diet for centuries. In these countries, which include the UK estimates suggest that only 5% of the Caucasian population live with Lactase deficiency. Which may explain why most people affected not receive a diagnosis until they have reached adulthood.

While some people cannot put milk in their tea or coffee, others can drink a small glass of milk with no problems. How quickly the symptoms appear, and their severity depends on the amount of Lactose consumed and varies from person to person. Symptoms usually develop within 30 minutes to 2 hours and may include:

Symptoms will ease or stop once all the undigested Lactose is “expelled” from the digestive system.

Are you at risk?

Lactose intolerance can develop at any age; from birth, in early childhood, but most cases develop in people aged 20 to 40. It’s more common in people of African, Caribbean, Asian or Jewish descent, but can affect anyone of any age. Doctors associate Lactase deficiency and Lactose intolerance with conditions such as Crohn’s disease.

Has your child developed “tummy trouble” for no apparent reason?

Children of all ethnicities may experience temporary lactose intolerance after an infection such as Gastroenteritis. It usually settles down after a few weeks, but if the symptoms mentioned above are ongoing, it’s worth considering lactose deficiency and seeking advice from a health professional.

After eating or drinking foods containing dairy products, the food passes from the stomach into the small intestine. When the digestive system works well, it releases Lactase to break down the milk sugar (Lactose) into other sugars called glucose and galactose.

People with have lactose intolerance do not produce enough or any of this enzyme. Which means any milk sugar (Lactose) in the food they have just eaten will move undigested into the large intestine. The undigested sugars draw in water via osmosis, this process is responsible for the cramps and loose stools often associated with this condition.

There is more, the bacteria living in the colon (large intestine) ferment the undigested sugars, making them acidic, causing a build-up of gases such as carbon dioxide, hydrogen, and methane, which result in abdominal bloating, foul-smelling flatulence and acrid stools.

As mentioned, a significant source of Lactose comes from dairy products, including cows, goats, and sheep’s milk, yogurt, cream, soft cheese, ice cream, and butter. The amount in these products varies; for example, many supermarket yogurts are low in Lactose because the live cultures many contain pre-digest the milk sugars.

It’s essential to check the ingredients on all packaged, ready-made meals and processed foods because they often contain hidden dairy. Confusingly for consumers manufacturers use different names for dairy products, some will include the word “Lactose” in bold type, which is helpful, but many do not. Look for ingredients such as whey, buttermilk or curds, the following is a list of packaged and processed foods which often contain Lactose:

Many prescription and over-the-counter medicines, and complementary remedies may contain a small amount of Lactose. It’s used an as filler in many tablets, while this is not usually enough to trigger symptoms in most people, taking several medicines at the same time may become a problem.

The most common type of lactose deficiency globally is PLD. Lactase production naturally decreases after children are fully weaning which is usually around the age of 2 when toddlers become less reliant on milk.

It’s possible to develop secondary lactase deficiency later in life because the body’s production naturally reduces as we age. SLD is also the most common type found in babies and young children. Sometimes it’s a temporary condition but may also become permanent if the root cause is another long-term condition.

Premature babies are a risk of this type because their intestine was immature at birth, so they are not ready to digest milk. Developmental lactase deficiency usually improves as the infant gets older.

When to see your doctor

The symptoms of lactose intolerance can mimic several other gastrointestinal conditions, for example; Crohn’s disease or irritable bowel syndrome (IBS). Misdiagnosis between conditions is not uncommon, so it’s advisable to see a doctor if symptoms appear for the first time or existing symptoms change. Or you haven’t had a confirmed diagnosis of lactase deficiency or lactose intolerance. It’s always worth asking, ‘could lactase deficiency cause my symptoms?’

The usual advice is to follow a 2-3 week elimination diet, removing all milk, including all processed and prepared foods containing dairy products. If symptoms disappear and return after the reintroduction of dairy, lactose intolerance is likely.

The NHS rarely offers tests to confirm the diagnosis, but some specialists may suggest one or more of the following investigations:

GP’s may recommend lactase substitutes such as Lactaid to improve digestion and ease the uncomfortable and unpleasant symptoms. Calcium and vitamin D supplements may also be needed, see complications of lactose intolerance below.

Whether it’s a temporary or long-term condition, there’s no cure for lactose intolerance. Most people can control their symptoms by avoiding the foods containing Lactose and swapping to lactose-free products.

Changing your diet because of lactose deficiency will require some experimentation, because many of the alternative foods available have added lactase enzymes, and sometimes they don’t solve the problem with the dosage is too low.

Swapping to alternative dairy products could be more helpful, and these foods are fortified with calcium and vitamin D to ensure bone health. The choice is now extensive, due in part to the growing interest in plant-based diets and veganism. So there is usually something most people will find acceptable including drinks, yogurts and cheeses made from rice, oat, nut, soy or coconut. It worth noting that these products are more expensive than their cows’ milk originals.

A food diary can be helpful, along with introducing foods gradually after the elimination diet. It’s essential to check that avoiding Lactose based foods does not compromise the intake of other essential nutrients. A nutritionist, dietitian or health professional trained in nutrition should monitor children to ensure that they do not suffer nutritional deficiencies.

Poorly managed lactose intolerance can cause Calcium and Vitamin D deficiency which can lead to weak bone growth in children and osteoporosis in adults.

Lactose helps the absorption of Magnesium and Zinc, so it’s essential to ensure healthy levels of these crucial minerals if you are Lactose intolerant or avoiding dairy for other reasons. Seek advice from a nutritionist or dietitian if you have concerns.

Are you getting enough calcium?

Did you know…. that hard aged cheeses such as Parmesan, Pecorino Romano, and v Gouda are naturally low in Lactose? Which makes them easier to digest. But it’s relatively easy to get enough calcium without consuming dairy. If you’re concerned about this, please seek advice from a nutritionist or dietitian, or read the post on calcium.

Apart from dietary changes, it may be useful to take a Lactase supplement. These come as liquid drops, tablets or capsules, readily available from health foods shops, some chemists and online retailers too. Lactase digestive supplements can be added to milk, or taken just before eating and with the correct dosage will ease or eliminate symptoms.

Lactose deficiency is a global digestive problem, while it does not cause damage to the gastrointestinal system, it’s essential to confirm the diagnosis because late and misdiagnosis is common, which is of concern if a more severe condition is left untreated.

With some careful dietary changes or taking supplements, it’s possible to eliminate the uncomfortable and embarrassing symptoms of Lactose intolerance and remain healthy.