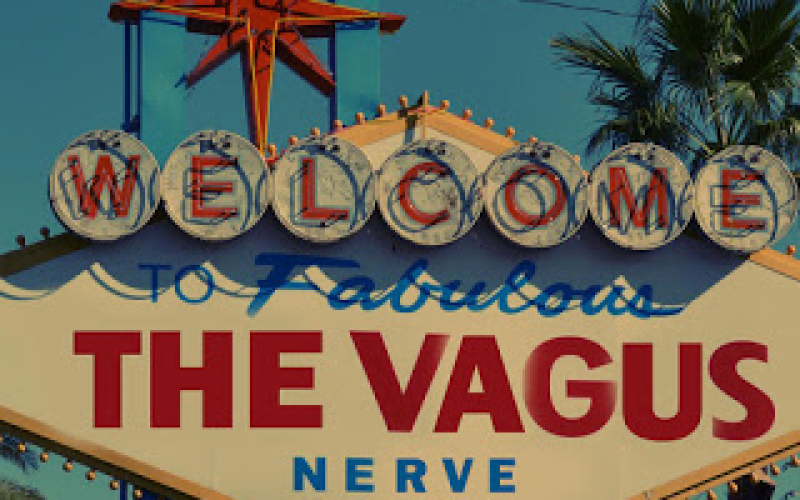 The vagus nerve is the inner nerve centre leader, also known as the 10th cranial nerve or cranial nerve X. It’s the longest of the 12 paired cranial nerves in the body and has the most extensive distribution because it passes through the neck and chest into the abdomen. The vagus nerve controls the entire parasympathetic nervous system, our “rest-and-digest” or “feed and breed” activities. 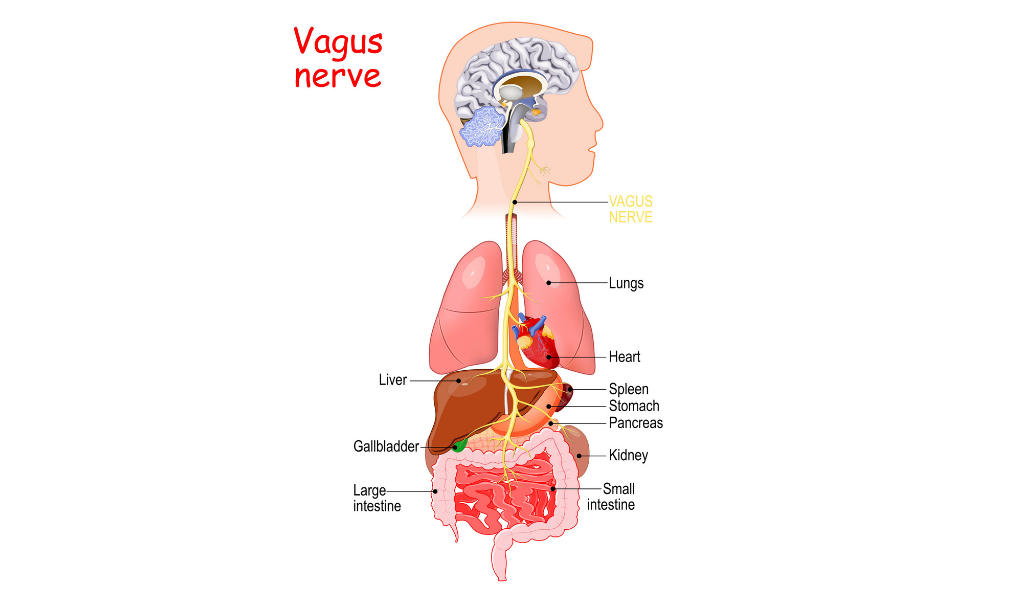 The Vagus nerves role in the body?

The vagus nerve and health

A well-functioning vagus nerve will improve brain-body communication, help in balancing homeostasis and regulating organs. Research has shown that the vagus nerves’ health may be the missing link in treating many chronic conditions, including inflammatory illnesses such as arthritis

Vagal tone refers to the nerve’s activity; research shows that a high vagal tone improves the body’s ability to regulate blood glucose levels, reset the immune system and turn off inflammation, reducing the likelihood of illnesses like diabetes, cardiovascular disease and stroke. In contrast, studies have linked persistent low vagal tone with chronic inflammation, damage to blood vessels and organs.

The vagus nerve modulates the connection between respiration and heart rate, which means mind-body practices such as guided breathing exercises can slow heart rate and lower blood pressure.

A 2016 study reported that slow abdominal breathing also called diaphragmatic breathing was the most effective self-practice to increase vagal tone and increase wellbeing. Participants in right study effectively managed prehypertension and improved their stress response whether that was ; fight, flight freeze or faint using this simple activity. Regular deep breathing is the wellness secret integral to many mind-body practices; somatic movement, mindfulness meditation, yoga, tai chi, Qi Gong, some Pilates (sadly not all–yet) Its also used in chanting, repetitive prayer, used in guided imagery and by some singers too.

Any deep, slow diaphragmatic breathing stimulates the vagus nerve, which in turn, activates the parasympathetic nervous system, remember thats the “rest-and-digest” part, it signals the heart to slow down, which calms the nervous system. The vagus nerve connects all of this signalling and triggers the neurotransmitter acetylcholine to release, which tells the lungs to breathe, literally giving us the breath of life.

Breathing exercise for the vagus nerve

If you feel under pressure, are stressing about a deadline or about to blow a fuse, or need to relax a little, try this simple and easy breathing exercise.

Tip: Breath in through your nose, out through the mouth. Exhale quietly and gently through your mouth, letting out as much air as you can.

Note: The body’s internal alarm system which activates a stress response is triggered by fast and shallow breathing, making the body think it’s under attack, getting it ready to react with a fight, flight, freeze, or fainting response.

Coming next, more about the Vagal nerve and your health