Vitamin B12, the energy vitamin 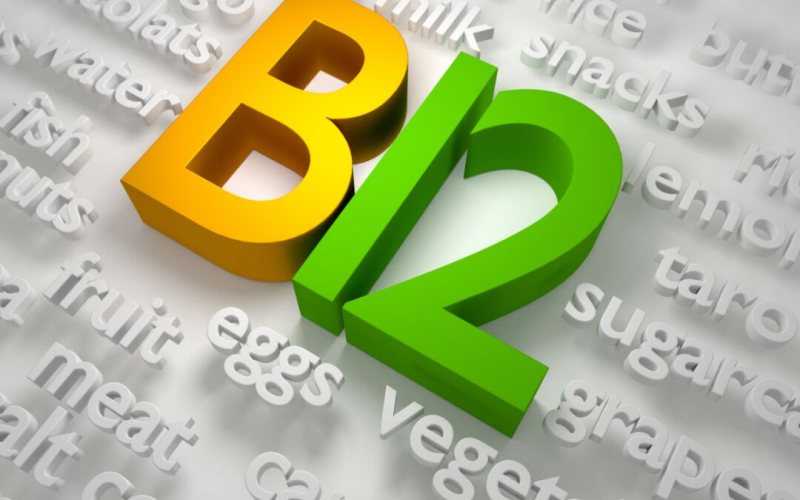 Vitamin B12 is a powerhouse, it helps make DNA, nerve and blood cells and is crucial for a healthy brain and immune system. Studies suggested that 15% of people the UK population don’t get enough of this essential nutrient.

It isn’t nicknamed the energy vitamin by chance. Inadequate intake affects red blood cell productionAre you at risk of deficiency?
Vegans and vegetarians
Animal products are the only dietary sources of Vitamin B12, which puts many people at risk of deficiency including those who follow a strict vegan diet

Age
Vitamin B12 deficiency is more common in people over 50 because as we age stomach acid production is reduced, resulting in less efficient absorption. It estimated that a third of adults over 50 live with suboptimal levels or are deficient. Some people over 75 lose the ability to absorb vitamin B12 from

Babies can get it too
In infants, vitamin B12 deficiency is a serious concern and can lead to anaemia, problems with movement, difficulty reaching developmental milestones, and failure to thrive. Low B12 levels are rare in infants but can happen if a breastfeeding Mother is a vegan who doesn’t take vitamin B12 supplements, and breast milk is the only source of nutrition. The other crucial time is at weaning if fed strict diet free of any animal products.

Digestive problems can cause it
People who live with digestive issues such as colitis, Crohn’s disease, inflammatory bowel disease, are at a higher risk of a B12 shortage. Any digestive problem can make absorbing the nutrient more difficult. Celiac disease sufferers can also have problems with absorption. If you have any of these, talk to your doctor about supplements or B12 injections, since all the B12-rich food in the world won’t help if the gut can’t absorb it.

Alcohol
Heavy drinking can cause stomach lining irritation (gastritis), resulting in low stomach acid levels which reduce B12 absorption. Alcohol also contributes to a deficiency in another way too, B12 is stored in the liver, and drinking alcohol can impair liver function and deplete B12 stores or make it harder for the liver to use it.

Medication
Some indigestion and heartburn medications can suppress the production of stomach acid, which is needed to absorb vitamin B12.

Weight loss surgery
Gastric bypass surgery results in a reduced absorption of all nutrients and also a protein called intrinsic factor which is needed to help the body absorb B12. As this often a permanent problem people who have had surgery are prescribed supplements for the rest of their life.

Common sign and symptoms of low Vitamin B12 include;
• Extreme tiredness or fatigue
• A lack of energy or lethargy
• Being out of breath
• Feeling faint
• Headache
• Ringing in the ears (tinnitus)
• Lack of appetite

It can be mistaken for dementia
B12 deficiency can mimic those of dementia; difficulty with thinking and reasoning, Memory loss and disorientation. An estimated 75% of B12 deficient older adults also have neurological problems such as dementia, so this gets complicated. Experts aren’t exactly sure of the relationship between the two, anyone with unexplained cognitive decline should be screened and tested for B12 deficiency.

What can you do

Consume vitamin B12 foods either natural or fortified foods. Beef liver is the highest dietary source; other B12 superstars include; turkey, oysters, chicken, beef, trout, and salmon.

A serving of each delivers close to or more than 100% of your
recommended daily allowance. Eggs and milk are also good sources. Fortified breakfast cereal and grains are options, along with fortified B12 nondairy milk and meat substitutes, but not all are
equal, so check do check labels.

Take a supplement or, if the deficiency is severe, you may need monthly B12
injections. When absorption is an issue for example due to age or illnesssimply loading up on B12 rich foods may not solve the problem, the synthetic B12 is more readily absorbed so seek advice from a qualified health professional

Can you take too much vitamin B12?
B12 is a water-soluble vitamin, meaning your body only absorbs a small amount, and the rest is excreted through urine. Taking large amounts of B12 at one time will result in expensive urine and may cause diarrhoea and total body itchiness. If your doctor recommends supplements, read the label and take only the amount recommended.

Please note: This is for guidance only, it should not be regarded as a substitute for medical advice, examination or treatment given in person by an appropriately trained health professional.